The best thing about WordPress is that anyone who can send an email with an attachment can build a Web site with it.

The worst thing about WordPress is the same thing.

Yes, the ease-of-use of WordPress can be both a good thing and a bad thing.

Bad, because it’s really easy to mess things up, in both technical and non-technical ways.

In an article from 2012, entitled “Because we can”, I talked about the non-technical ways one can mess things up.

In this article, I want to talk about some of the technical issues, specifically related to WordPress plugins. Adding and activating a plugin for a WordPress site can be as easy as clicking twice. But there are potential hidden perils behind those clicks. Read on to understand what those perils are and how they can be avoided and addressed.

(I know: this article probably seems like a thinly-veiled pitch. I suppose it is. But I’ve been asked “Do I really need to hire a WordPress developer?” so many times by friends and family and clients that I finally decided to commit my answer to writing.)

What is a plugin?

If you’re new to WordPress, here’s the short answer:
A plugin is a computer programs (“script” or sets of scripts written in the same language WordPress is written in) that extends or alters the core functionality of WordPress.

And here’s the current official definition from WordPress.org:

A WordPress Plugin is a program, or a set of one or more functions, written in the PHP scripting language, that adds a specific set of features or services to the WordPress weblog, which can be seamlessly integrated with the weblog using access points and methods provided by the WordPress Plugin Application Program Interface (API).
https://codex.wordpress.org/Writing_a_Plugin

There are three main potential problems with WordPress plugins. Without going deep into the weeds (a topic for another article), here they are, with very simplistic explanations:

How can a WordPress Developer Help with Plugins?

Here are some of the things you can expect professional WordPress developer to do when it comes to finding plugins for your Web site.

Are you likely to do all — or even any — of those things? 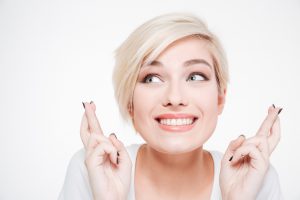 Do you have the time?

Do you have the background?

Sure, you could spend a few minutes asking around on Facebook for plugin suggestions and then choose the first one mentioned.

Or you can make your plugin decision after reading a cursory review on a blog written by someone who has done nothing more than paraphrase the features, functions, and benefits described on the plugin’s Web site.

And then you can cross your fingers.

(Or you can hire a professional WordPress developer.(Extremely thinly-veiled pitch))