(Occasionally I rant. This is one such occasion.)

First, a thank you.

Thanks to all who have endorsed me on LinkedIn. Despite all I’m about to say, I do believe you endorsed me in good faith, and I sincerely appreciate that.

So why haven’t I returned the favor? And why am I asking you to stop endorsing me?

Because we shouldn’t reinforce perfunctory.

The LinkedIn endorsement feature is mindless and meaningless. I’ll even go so far as to call it cynical. It demeans the very essence of reputation on LinkedIn.

Endorsing someone on LinkedIn takes as much thought and effort as “liking” your mother-in-law’s Facebook post of an owl picture. Which is pretty much none. If there’s a difference, it’s that liking the owl picture might actually make Thanksgiving dinner a tad less awkward next year.

The biggest tell is that I’ve been endorsed by people for skills in which they are in no position to know how skilled I am. That’s nice, of course. But it gets one to wondering: how many other endorsements on LinkedIn are so thinly based in fact?

I’ve also been endorsed for skills by people who do have first-hand knowledge of my skill levels. But even these endorsements should cause some head scratching.

Here are some examples.

I’ve been endorsed for WordPress.

I use WordPress, and I pride (and market) myself as a pretty darn good WordPress developer.

Matt Mullenweg has also been endorsed for WordPress.

But Matt Mullenweg created WordPress. And last I looked, he had only five more endorsements than me.

I’ve been endorsed for jQuery.

John Resig has also been endorsed for jQuery. 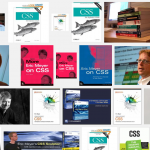 Eric Meyer and I have both been endorsed for CSS.

Eric wrote the book on CSS. Books. Plural. Literally. Five of them that are seminal.

If I had to toot my own horn about CSS, I’d say I’m pretty darn good. But I learned almost everything I know about CSS studying the books Eric wrote.

It’s so easy that it’s meaningless.

Preparing for this rant, I wanted to see if I could endorse someone for a skill he or she hadn’t even listed.

So I endorsed my daughter for her cartography skills.

If you don’t get the inside joke, suffice it to say that if my daughter had been Lewis & Clark’s navigator, our flag would still have only 15 stars and Bill Clinton’s political career would have topped out at governor of the Louisiana Territory. (Love you, honey!)

It reminds me of how easy it was to get Cub Scout badges when my mother was Den Mother of our troop in West Harford when I was a kid. Here’s me, eons ago, fifteen minutes before our troop meeting:

Made another popsicle stick ashtray, mommy; get out the needle and thread!

It’s a game of Whac-O-Mole, and we don’t have to play. 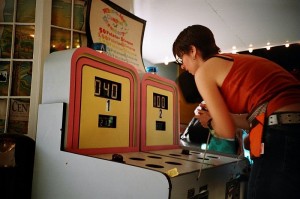 You land on someone’s profile on LinkedIn.

You’re confronted with a call-to-action box asking you to endorse the person for skills he/she has listed. Some of those skills are displayed in the box.

If you’re new to endorsing people on LinkedIn, you might assume that clicking the Endorse button will take you to another screen from which you can selectively endorse the person for this skill or that skill — maybe even add a qualifying comment or two.

Click the Endorse button, and you’ve endorsed the person for all the skills that showed up in that call-to-action box. (Yeah, you can un-endorse, but what a pain.)

Then, the Whac-O-Mole game begins. A new box of endorsement opportunities pops up. Four of your connections show up with individual Endorse buttons and a big Endorse All button.

Hey, I’m busy. But they’re nice people. And some of theme endorsed me. Why don’t I just click ‘Endorse All’?

And so it goes. Another four connections show up, and then another four, and so on.

We increasingly use the online world to find solutions and the experts who can deliver them. Weeding out the charlatans from the experts is already confusing and difficult enough. I cannot understand why the folks who run LinkedIn — people who want us to consider their service the preeminent professional networking property in the world — would introduce and encourage the use of a mechanism that only adds to that confusion.

What can be done?

If we really want to contribute to the enhancement of someone’s reputation on LinkedIn, why not use the instrument LinkedIn has offered since its earliest days: the Recommendation.

Sure, recommendations take thought. They take time. And they’re hard to fake.

And then there’s the narrative part.

For sure: it’s a lot harder to give a recommendation than an endorsement on LinkedIn.

But isn’t that the point?